Tips for Parents of Children

Tips for Parents of Young Children

Do our kids always understand what we say?
My child is tattling again
That's not fair and other whines
Did I promise that?

Do our kids always understand what we say?

Do you ever think your child understands something, then find out he doesn’t?  Here’s some fun ways to find out.

If your preschool age son has a brother, ask:
“How many brothers do you have?”
He’ll likely correctly say, “one.”
Then ask, “What’s his name?”
He’ll correctly answer, “(John).”

This boy, like many preschoolers does not understand that he both IS a brother, and HAS a brother.  You can do this with sisters too.

What else do we think he understands?

Place ten pennies in a row.

Now put l0 more pennies lined up evenly under them.

Ask, “Do these rows have the same number of pennies or does one row have more.

Now, while he’s watching, squish the bottom row closely together, and again ask, “Do these rows have the same number of pennies or does one row have more?”

He might now say the top row has more.

Why?  It looks longer.  He’s focusing on what he sees, how things look – even though he saw that you didn’t take any away from the bottom row.

If we can understand that young children think differently than we do, we can also better understand why they behave the way they do.  Do they always really interpret what they’re doing the same way we do?

My child is tattling again

Your 8-year-old is tattling on her classmates, and the kids are starting to notice.

You tell her to stop or she won’t have any friends.  She doesn’t seem to hear you.  You explain that if she tattles on them, others will tattle on her. She doesn’t hear that either.

Here’s another way to talk with your child about this.

Ask, “How might someone feel if you tattle on her?”

Then ask, “What might happen if you keep doing that?”

And then, “Can you think of something different to do so you both won’t feel that way, and so that won’t happen?”

Tanya, age 10 came to appreciate that tattling on others made them feel angry, that they were starting to avoid her, and that now she felt sad about that.  And the next time she had the urge to tattle, she was able to think, “If I do that, the kids won’t like me, and they won’t play with me.”

Explanations often fall on deaf ears.  When we help children think about what they’re doing, how they and others feel, and what else they can do - they are less likely to tune out - and more likely to tune in.

That’s not fair and other whines

Do you insist they tell you who really had it first?  Will you ever know?

Do you explain what is fair?  Do they hear one word?

Do you simply take the toy away, so neither can have it?

Do any of these techniques help your children thin about what’s going on?

Here’s a new way to talk with your children about conflicts like these.

David was in a tug-of-war over a truck with his brother Sam.  His mom asked them both how they felt, and if they could think of a different way to solve their problem.  David looked at Sam and said, “You can have the truck but when it’s my turn I’ll tell you and you have to give it back.”

David gave the truck to his brother, they both smiled, and that was the end of that.  No one took the toy away, no arguing over who had it first, no deaf ears from long explanations about what’s fair.

Sam was satisfied with David’s solution.

Did I Promise That?

Have you ever made a promise to your child that you could not, or did not keep?  Perhaps you didn’t buy that toy you promised, or couldn’t go to her soccer game.  Sometimes we really do forget – sometimes it’s unavoidable, and sometimes it’s just our way of not knowing how to say no.  An occasional breach won’t hurt.  But when promises are broken again and again, your child can react:

When your child promises he’ll clean his room today - will he?  If you don’t keep your promises, he may come to believe that he doesn’t have to keep his.

If you really mean no, avoid saying maybe, or later.  And if you can’t follow through, let him know why, and that you’ll make it up to him.

The world isn’t a perfect place, and your child doesn’t expect it to be.  But if you keep your promises most of the time, your child will too. 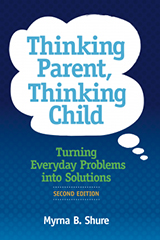